The Patrick Kerr Skate Park was constructed in the summer of 2009 after seven years working with the residents of the area as well as the Board of Commissioners of Abington Township.  Initially, the Board gave their approval to build the skate park but did not offer to fund any of the construction.  Two individuals, Tom Martyn and Pat Bodor offered their services for the design and construction of the facility.  Tom is a well known designer of skate parks and Pat is mason with his own business who just happens to be a skateboarder. Pat Kerr was a local skater with a great deal of enthusiasm for the sport who had the support from his parents Pearse and Liz.  In spite of the fact that Pat was a young teenager, he raised thousands of dollars to put toward the construction costs of the skate park.

After visiting a local skate shop in Jenkintown, PA (Final Boarding), Pat was crossing a street in the Borough when a US postal truck struck and killed Pat.  His death was enormous loss not only to his family and friends but to the Bureau of Parks and Recreation in Abington Township.  His spirit and drive was something that is not common in the youth of the day.  For a period of time, the development of the skate park stalled.  Tom Martyn, a friend of the Kerr family and a strong proponent of skate boarding, took up the challenge to complete the facility.  With his help, the help of the Kerr family, the skills of Pat Bodor , the fiscal support of the Board of Commissioners and the Bureau of Parks and Recreation and the, amazing support of the Mahoney family, work was resumed on the site.

On October 10, 2009, the Patrick  Kerr Skatepark was officially opened to the public.  Since that time, all ages of skateboarders, bicyclists, and scooter users have enjoyed the use of the facility.  Along with the Bureau running classes for skateboarders at the site, friends of the Kerr's have held "Skate Jams" in the facility with the funds raised going to the Patrick Kerr Memorial Scholarship Fund.

The park is open everyday, weather permitting, from 11:00 AM to Dusk.

PLEASE TAKE NOTE - If the gates are locked, the Skatepark is CLOSED. 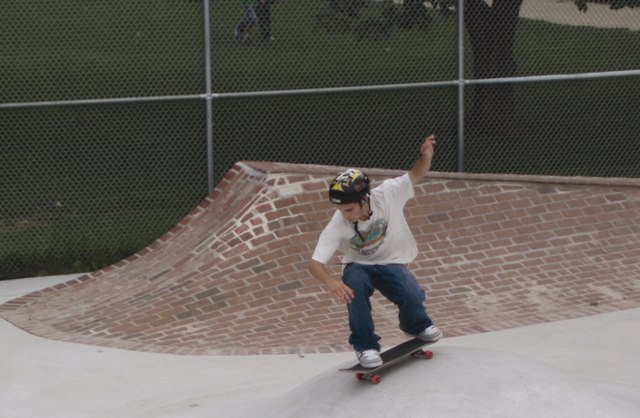 All provisions of Township Ordinance 115-1 which governs the use of Bureau of Parks & Recreation facilities are in effect.